Board of Directors Bios » Al Kirton 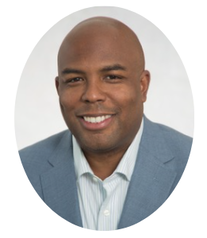 Al Kirton is a Managing Director at CAVU Securities, a minority- and veteran-owned broker dealer. Al is responsible for relationship management and business development efforts with corporations across all areas of the firm, including bond underwriting, initial public offerings, share repurchases, corporate access, economic strategy, credit analysis, and mergers & acquisitions advisory. Prior to working in the financial services industry, Al was a Captain in the United States Marine Corps. During his eight years of active-duty service, Al deployed twice to Iraq in support of Operation Iraqi Freedom as a Company Commander and Convoy Commander.

Al is a graduate of the United States Naval Academy in Annapolis, Maryland and earned an MBA from the University of Michigan Ross School of Business in Ann Arbor. Locally, Al serves as an Affiliate Blue and Gold Officer for Naval Academy Admissions and as the Vice President of the Charlotte Chapter of the Naval Academy Alumni Association.

Al resides in Charlotte with his wife Lisa, and their son Tre who is a current 10th grader at Charlotte Lab School. He is also a proud parent of a “few” rescue dogs.